Today we are going to tell you in detail about whose versus who’s.

How to Use Whose in a Sentence

Whose definition: Although the word whose is a pronoun, because it shows ownership or possession, technically, it is an adjective showing whose of the noun it possesses.

After seeing a strange animal on the porch, the babysitter asked, “Whose dog is that?” (Adjective)
Whose luggage was coming off the airline’s conveyor belt. (Adjective)
Because everyone had the same textbook for class, the teacher asked, “Whose text was left on the table?” (Adjective)
In other words, the noun is being modified by the relative pronoun making the word whose an adjective.

How to Use Who’s in a Sentence 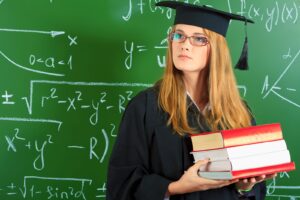 Who’s definition: The contraction who’s is functioning as a subject (who) and partial predicate (‘s), meaning who is or who has.

Who knows the difference between who’s and whose? Here’s a lesson whose time has come.
Who’s
Who’s is a contraction of “who is” It may be followed by a present participle, adjective, noun, or pronoun.
Who’s watching TV?
Do you know who’s going to speak?
Who’s ready to go?
Who’s in the kitchen?
Who’s your doctor?
Who’s this?
Less commonly, who’s is a contraction of “who has.”
Who’s already eaten?
Who’s been here before?
Who’s been watching that show?
Whose
Whose is the possessive of “who” or, somewhat controversially, “which.” It’s always followed by a noun.
Whose book is this?
Do you know whose car this is?
I know a woman whose kids study there.
Whose side are you on?
An idea whose time has come.

We hope that you have figured out the who’s or whose.